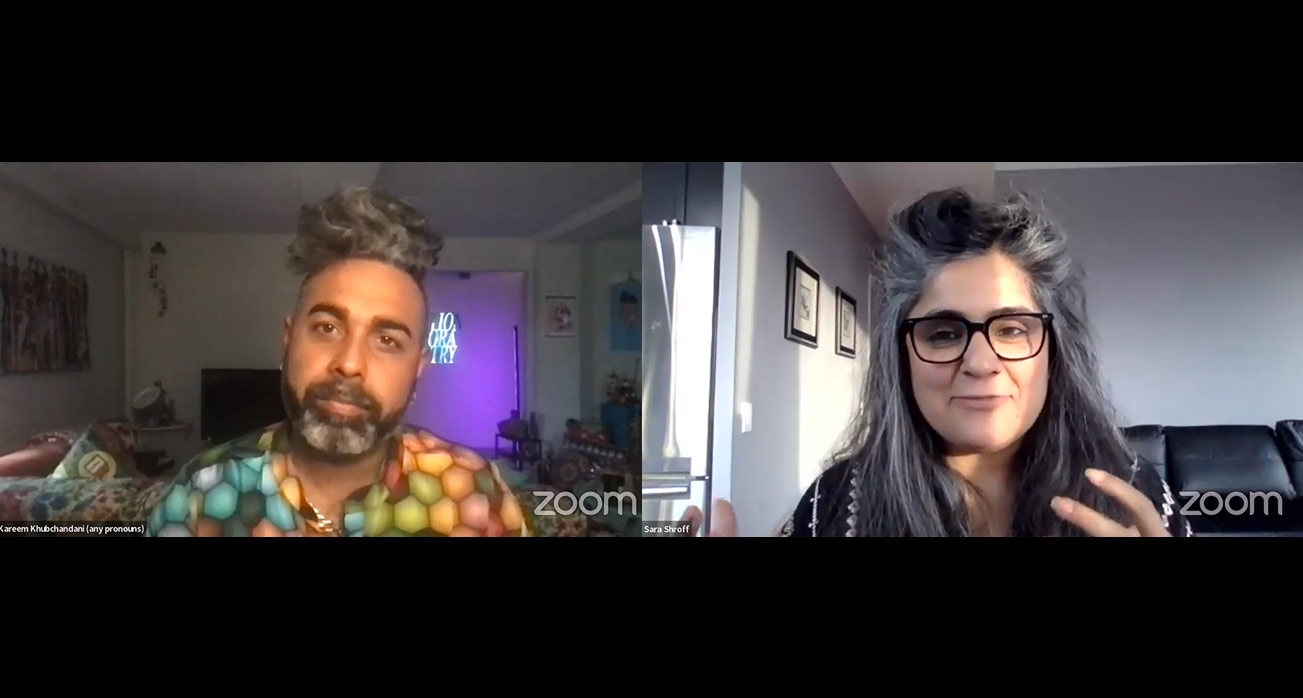 Kareem Khubchandani's talk asks, what can the study of aunties, i.e., auntologies, do to think critically about age, aesthetics, gender, kinship, and pleasure.

The figure of the aunty is ubiquitous in South Asian public cultures: from the artworks of Maria Qamar ("Trust no Aunty") and Meera Sethi ("Upping the Aunty"), to Kamala Harris's "chitthi brigade" fanclub, to the labeling of Indian Union Minister Smriti Irani as "Aunty-national" by The Telegraph. The figure of the aunty poses important questions to thinking about gender, sexuality, and normativity in South Asian and diasporic contexts. She requires us to think about the aesthetics of excess (color, fatness, accent, faith, superstition) that are attached to older women's bodies, and she provides an opportunity to think about age as both ontological and relational--one can be aunty-like without necessarily being middle-aged. The peripheral nature of the aunty--always at the edge of home, at the border of modernity--requires us to look differently at cultural texts in order to make sense of her. Aunties offer, or even require, alternative methods to do cultural criticism.