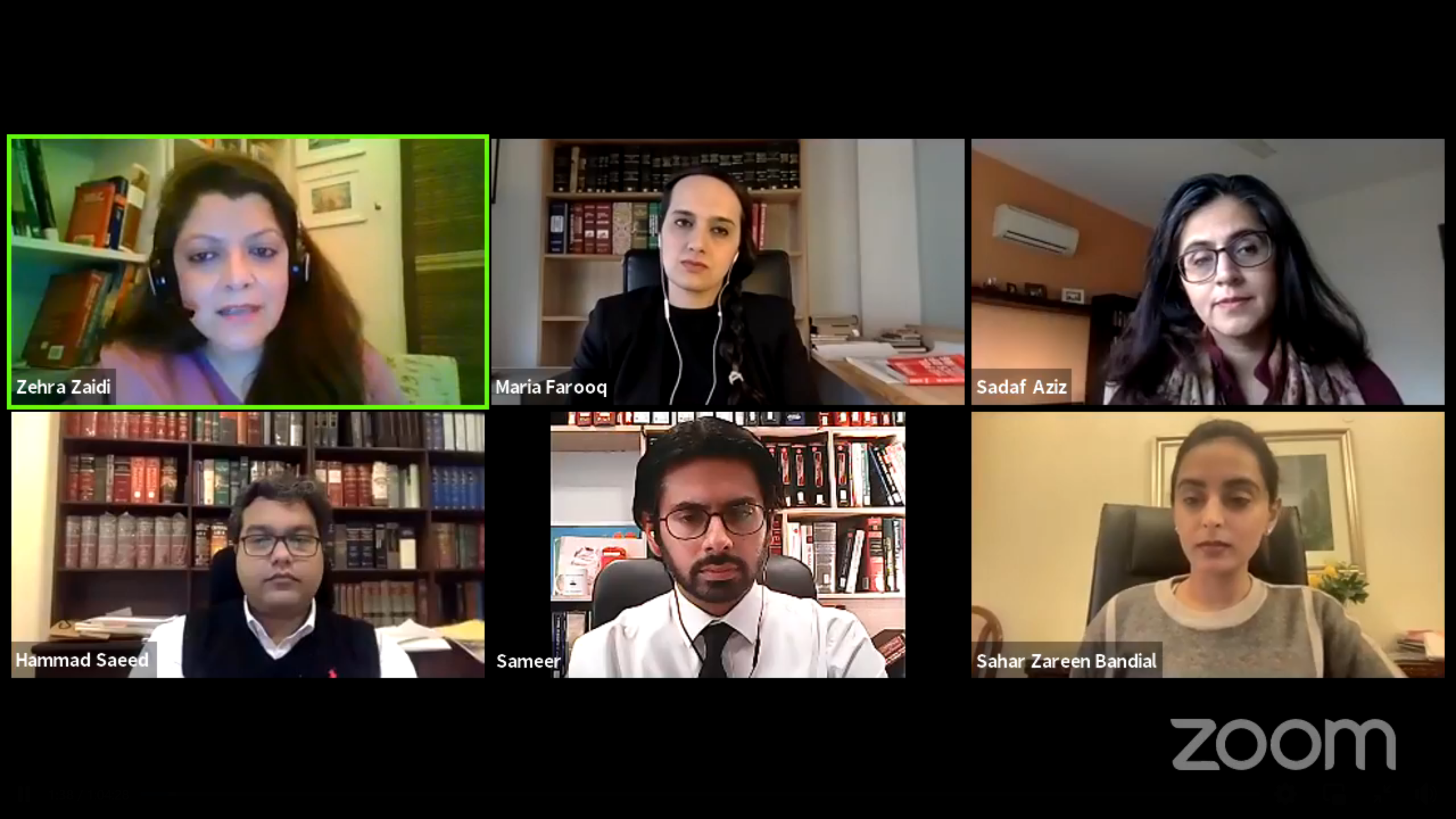 Saida Waheed Gender Initiative in collaboration with Shaikh Ahmad Hassan School of Law at LUMS and LUMS Office of Advancement organized the sixtieth session of LUMS Live “Abolishing Archaic Processes: Rape Investigations in Pakistan” about the recent ban on the virginity test for rape victims.

The virginity test known as the ‘Two-Finger Test’ has haunted rape victims for years in Pakistan. The invasive virginity tests practice has been in force in the South Asian region since the colonial era and has been documented in at least 20 countries worldwide, according to the UN and WHO.

Following two petitions filed in Lahore in March and June 2020 by a group of women's rights activists, academics, journalists, advocates, and a member of the National Assembly, seeking to ban such tests for rape survivors, the Lahore High Court recently passed a landmark decision to outlaw so-called “virginity tests" in rape examinations. Truly unscientific, intrusive, and demeaning, the abolishment of this practice brings in a new era for women’s rights in the country.